A Generous Person Shares with Others in Miami Beach

When Fontainebleau housekeeper Odelie Paret clocked out of her 14-room-a-day cleaning shift Feb. 6, her day took a turn for the extraordinary.

A mysterious woman who had called the previous day had arranged for her to have a massage at the Fontainebleau’s four-star spa, Lapis, and dinner at steakhouse StripSteak by Michael Mina. 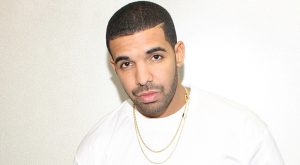 The hard commute and tough day of one hotel housekeeper

Fontainebleau hotel housekeeper Odelie Paret can spend up to four hours getting to work on county buses. Her story is common in the Miami-Dade County hospitality world where high rents in the county have pushed workers farther away from their jobs.

She was going to get a surprise of a lifetime. And why not?

After dinner, a car was waiting to take Paret and a friend to Brickell City Centre, where they waited until the shopping center closed.

It was there, standing before Saks Fifth Avenue, that a hand touched her shoulder.

It belonged to Drake.

I ALWAYS JUST SAW HIM ON THE TV. SO I SAID, ‘DRAKE!’ IT MADE ME HAPPY…I THANK HIM SO MUCH.

You never know what people read and how it will touch a person.

The hip-hop star was inspired by a Miami Herald story detailing the plight of the Fontainebleau Miami Beach housekeepe. Paret said she was shocked to see him.

Paret said Drake and Steelers wide receiver Antonio Brown, who grew up in Miami and attended Miami Norland High School, arranged for a shopping spree for her and two other local women.

In a video from Drake’s Snapchat, he can be seen walking around Saks with Brown saying, “We took the ladies out for a nice little shopping spree… Giving back.”

The giving was only the beginning.

The excursion was one in a string of surprise good deeds by the Toronto native in South Florida in the past week.

In Miami, he donated $25,000 to Miami Senior High School and pledged to buy everyone uniforms designed by his clothing label. He gave University of Miami student Destiny James a $50,000 scholarship.

And homeless shelter Lotus Village in Overtown got a $50,000 check, plus $150 Target gift cards for all 130 women who live there, plus toys and games for all 140 kids.

Drake reflected on the giving spree on Instagram, writing on Thursday: “Last 3 days were the best I have had in a very long time…there’s nothing like seeing people experience a joyful moment when you can tell they need it the most.”

So what does one buy when Drake is paying?

When someone is giving, how do you react?

Paret said she was “frozen” when she was told she had 45 minutes and no dollar limit on what she wanted to buy at Saks.

She went for the clothes section first, but couldn’t find anything in her size. Then she tried the shoes. Heels wouldn’t work — she needs to be comfortable, she said. Nor would a pair of floral sandals.

Work was on her mind when she arrived from her whirlwind night with Drake, she said.

It was 1:30 a.m. when she returned to Opa-locka, and she’d have three hours before she would have to be up to catch the bus again.

Very inspiring story of good in the world!